Iconic Chairs & Couches in the History of Film & Television

Chairs are essentially a symbol of status, unity, or simply serve as momentous objects. These are just a few of the iconic chairs from film and television:

The Wicker Chair plays an essential part in the production design of the film Casablanca, starring Ingrid Bergman and Humphrey Bogart, directed by Michael Curtiz. Casablanca is a film set in the backdrop of World War II, in which most of the scenes take place in "Rick's Cafe Americain." The set of Rick's cafe consists of a unique arrangement of chairs, tables, lamps, etc. for the guests - all of which is meant to be in accordance with not only the bar, but also with the stage where the Jazz musicians perform. The rails and stretchers of the chairs, specifically, are made with bamboo and the rest is covered with wicker, which essentially makes it an iconic property in film, due to its detail in terms of the pattern and its fitting aesthetic design. 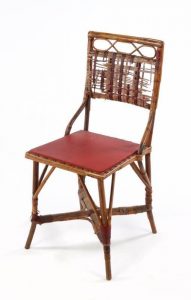 Captain Kirk's Command Chair establishes a symbol of power through not only its name, but also its sleek design with black leather cushioning and a white frame that surrounds it. The Command Chair does not necessarily follow the rules of ergonomics, but it fulfills its responsibilities in the film. In the film Star Trek Into Darkness, Christopher Pike says to James Kirk, "You don't respect the chair. You know why? Because you're not ready for it." The chair accentuates the armrests which plays into evoking the feeling that whoever is to sit in the Command Chair is in a position of enough strength and leadership to operate the entire universe from their seat. 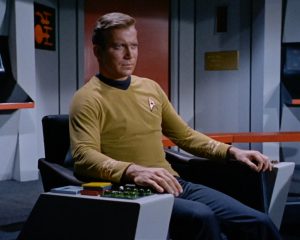 The Ruby Armchair from The Matrix

What first catches the viewer's eyes is the ruby red color of the armchair. The ruby red color asserts a quality of luxury and power for whoever is shown sitting in it. The color of the chair can be loosely compared to the color of blood, and the red apple in Snow White and the Seven Dwarfs, symbolizing danger. Along with the rich color of the chair, the armrests have lion-head moldings and a high back structure which builds the perception of vigor and evokes fear in those who interact with Morpheus. 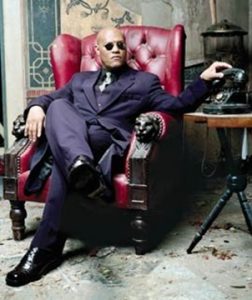 The Egg Chair from Men in Black

The Egg Chair is most famous for its elegant look in Men in Black I and II. It is the epitome of class, attitude, and comfort. The shell of the Egg Chair is made up of glass fiber and the cushioning is made of polyester and synthetic padding, which not only provides a sophisticated look, but also a comfortable and safe space. 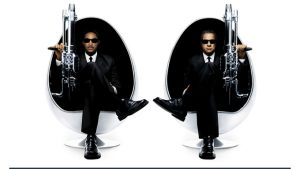 Archie Bunker's Armchair from All in the Family

The armchair from All in the Family mainly serves as an object of memorabilia; primarily due to the fact that the show itself was incredibly popular in the 70s. A noteworthy furniture piece belonging to the main member of the family usually resides in the main living area of the household. In this show particularly, the symbolic prop is Archie Bunker's armchair. The show revolved around the life of everyone in the family, and their relationships with each other of course, but the core of the show was Archie Bunker's characterization and how he brought conflict through comedic discussions about social issues in America (sometimes while seated right in this very armchair). 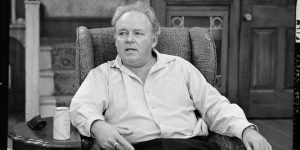 The Orange Couch from Friends

It did not take long for the Orange Couch in Central Perk, the coffeehouse featured on the show, to become America's favorite from the 90s to the present. Even though the color of the couch does not hold any symbolism, the couch evokes a feeling of togetherness, comfort, camaraderie and, of course, friendship. 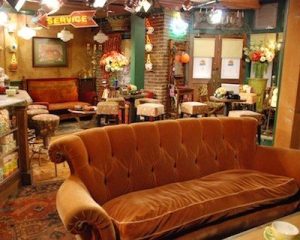 The Iron Throne from Game of Thrones

The concept of the legendary Iron Throne from Game of Thrones was created by Gemma Jackson, the production designer of the show. Even as someone who may not be a follower of the Game of Thrones series, the throne easily screams royalty, victory, and immense control and power due to its material being made up of swords that have been surrendered by enemies for eons. 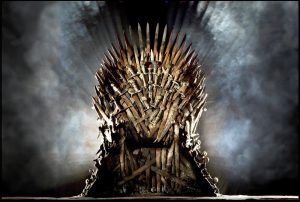 This next chair is the chair you should be sitting on - Beverly Hills Chairs presents, the Aeron Chair. This chair has already made appearances in the production design of television shows like The Office, 30 Rock, and House. The Aeron Chair meets the needs of a health-positive design because the creators of this gratifying chair built it from a solid foundation of environmental friendliness, advanced materials, and technology. Ergonomically friendly, and the most durable chair on the market, Herman Miller Aeron chairs are a thing of the present and future.

5 Reasons a Chair Cover Will Change Your life

July 03, 2018
Maybe you're looking for more color.? Maybe the pets are all over your home office.? Whatever the reason, there are countless advantageous to buying a cover for your home or office chair. Chair covers, or slipcovers, are a popular item offered in many department, furniture, and home decoration ou...
Read more October 11, 2019
When people are showing up every day living out a purpose-driven life, they are simply happier individuals. Happy people comprise happy teams, and happy teams are always the ones that are most successful. This all begins at a personal level. Therefore, working one on one with individuals to help the...
Read more

Ergonomics: What Is It Really?

July 03, 2018
Ergonomics has become a common trend within the workplace with the new surge in health and creating new, healthy lifestyles. That being said, not a lot of people truly understand what ergonomics is or studies. The Dictionary definition of ergonomics is: the study of people's efficiency in their ...
Read more