Attention-deficit/hyperactivity disorder (ADHD) is a disorder in the brain that results in inattention, hyperactivity and impulsivity. While ADHD negatively impacts functioning and development, there are ways to manage this disorder.

The signs and symptoms of ADHD depend on a person's age. If a child is in preschool, the most common sign is hyperactivity. A child may resist sitting down for extended time periods, and while sitting down the child may fidget or move around.

In adolescents and adults, there are unique sings for inattention and hyperactivity. According to the National Institute of Mental Health, someone with inattention may make careless mistakes at work or at school, not follow through with instructions, be easily distracted, lose things necessary for work and seem like they are not listening when someone speaks to them directly.

Some who is hyperactive may leave their seats in settings where sitting is expected, such as at work or at school, speak out of turn, have trouble waiting for their turn or run around in inappropriate situations.

A licensed clinician, pediatrician, psychologist or psychiatrist specializing in ADHD can diagnose ADHD after careful analysis. There are three criteria for diagnosing ADHD. The symptoms have to be chronic and long lasting, cause the person to trail behind normal development at their age and impair functioning.

While scientists have not discovered a direct cause of ADHD yet, there are some factors than can contribute to ADHD. Alcohol, drug or cigarette use during pregnancy or exposure to environmental toxins, such as lead, can increase chances of ADHD. Genes can also play a part as well as a low birth weight. Certain brain injuries can also lead to ADHD, and it is more common in males than in females.

People with ADHD often have other conditions such as anxiety disorder, learning disabilities, conduct disorder, depression, and substance abuse.

Although there is no cure for ADHD yet, there are several treatment options that help to control the symptoms. A doctor works with their patient to find the best solution according to the patient's specific case.

Psychotherapy can teach people with ADHD various techniques to deal with ADHD symptoms. Behavioral therapy, for example, sometimes involves assistance with organization or completing work. This type of therapy helps patients get in tune with their bodies and monitor their actions. The person administering the therapy often gives rewards to the patient when they control their actions, teaching the patient how to reward him or herself as well. The therapist can also teach their patient certain social skills, such as how to read body language and how to respond appropriately to others.

It often helps people suffering from ADHD if parents and other authority figures to tell them what is and what is not acceptable in a social context. Some people with ADHD write down their impulsive thoughts on a notepad before verbalizing them. This helps them to decipher what is and what is not appropriate to say. Parents can also give children with ADHD structured routines or tasks and then follow through until completion. 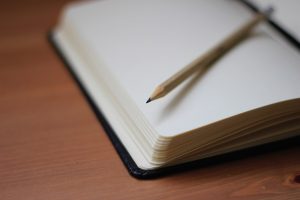 There are ADHD medications that improve some people's focus, ability to work, ability to process information and improve physical coordination.

Stimulants are the most common kind of medication because they increase dopamine and norepinephrine in the brain, increasing attention and thinking abilities. Some common stimulants used to treat ADHD are Adderall, Dexedrine, Ritalin, Concerta and Vyvanse. If people take stimulants they must do so under the supervision of a doctor because there are some risks and side effects.

Non-stimulants can also improve focus, impulsivity and attention. They take longer to work than stimulants, but are a recommended alternative for people who react negatively to stimulants. A common non-stimulant is Strattera. Some patients use antidepressants to treat ADHD even though the U.S. Food and Drug Administration does not approve them.

Parents of children with ADHD also need ways to cope with their stress and frustrations. There are stress management techniques they can learn so that they do not take out their frustrations on their child. There are also parent skills training classes and support groups for all family members. Support groups are also great places for parents to learn about new studies and what works for other families. Blogs are also an option for parents who want support from the comfort of their home. 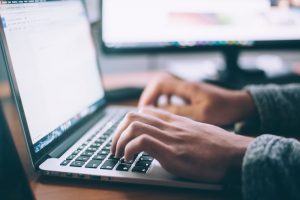 Parents can read blogs and seek advice on the internet.

Other ways to help people with ADHD:

Organization Skills: Whether with their toys or with their schoolwork, teaching children how to organize their possessions helps them to apply this skill in other aspects of their lives. Some fun and useful organization tools for kids are binder separators, colorful folders, pencil cases and sets of drawers. Having the child make labels for containers or drawers is a fun activity that will get them involved in their organization. 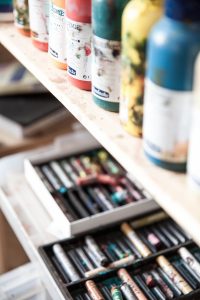 Routines: It is very important to maintain routines that structure the child's life. In the beginning, making a bright and colorful schedule could help the child keep on track and will save parents the frustration of having to repeat the order of activities. Some parents make a chore chart for their kids. Children can put stickers on the chores they have completed. This helps them remember to complete their tasks while also congratulating them for doing so.

Objects for Concentration: According to a George Lucas Educational Foundation study, Certain toys or random household objects held children with ADHD keep themselves active while also paying attention to something else. Squeeze balls, also known as stress balls, silly putty, play dough or a piece of Velcro can keep a child's hands busy. Julie Schweitzer, a behavorial science professor at UC Davis, found in her study found that children with ADHD benefit from using the newly popular fidget spinners while in a classroom setting. 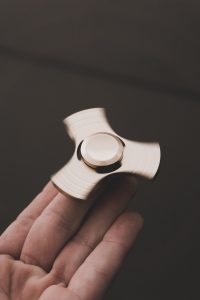 Chewing: The constant jaw movement while eating gum can help children to focus. If gum is not allowed in their classroom, children can chew on necklaces with edible parts or on rubber bands wrapped around their wrists.

Highlighters: Some people with ADHD use highlighters to separate words and sentences while reading. The action of drawing on the paper helps people to concentrate on what they are reading. 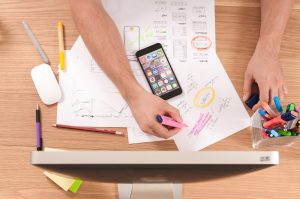 Drawing: Doodling can help students with or without ADHD to focus while listening to their teachers or to other classmates.

Puzzles: Logic puzzles and games, such as Sudoku, can improve concentration skills because it stimulates new brain cells.

Background Noise: Whether it is the sound of water or some music, background noise helps children to pay attention to what is important instead of getting lost in their thoughts.

Many adults with ADHD have to work in an office for many hours everyday. While this may seem like a challenge to them, there are certain coping mechanisms that help them to stay focused and release energy at the same time.

Swivel Chairs: These chairs allow people to move around while staying in one place. For people working all day, ergonomic chairs not only allow for constant movement, but also help the body. For reasonably priced and high quality office chairs, click here. 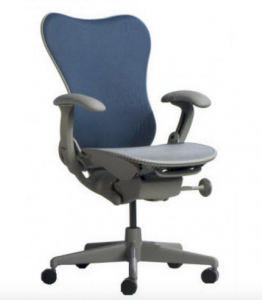 Chair Bands: Some people put a thick rubber band, such as the ones used to exercise, around the two front legs of a chair. They then put their legs in between the rubber band so that they can kick and shake their legs around while feeling some resistance.

Stand Up Desks: People with ADHD like to change positions throughout the day, and a sit to stand desk gives people the mobility they need. Beverly Hills Chairs sells desk toppers, which allow for a similar type of movement at a lower cost. 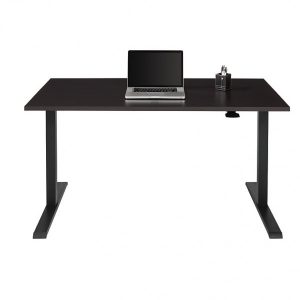 Stationary Bikes: Having the option to exercise in a work place allows people with ADHD to leave their workspace for a little while and release some of their energy in a healthy manner. Companies such as Facebook and Microsoft even have gyms for their employees to use throughout the day. Afterwards employees can return to their work with renewed focus.

Unique Work Locations: Offering employees several places to work during the day can benefit people with ADHD and those without it as well. Some work places have balconies where tables can be set up. Others have windowsills where people can place their computers as they stand up.

People with ADHD have to adjust to their disorder, but there are many options that help people to deal with the symptoms.

Ergonomics and the Paleo Lifestyle

July 03, 2018
Recent articles have come out that relate ergonomics to the paleo lifestyle, which are two subjects that seemed to have nothing to do with each other. ?The paleo diet and lifestyle is the idea of living and eating like a hunter-gatherer from thousands of years ago. Besides diet, the activity...
Read more

July 03, 2018
Exercise: Get those tricep dips in between emails. Battle Shield: When those paper wars get intense, you have the perfect protection. Ladder: Who has time to actually get a ladder or stair step? Let's be real. Door Jam: Can't get that door to stay open? We've got the best prop. ...
Read more

July 03, 2018
I seem to enjoy working everyday until 3pm. The same feeling of exhaustion and the need to take a nap sets in. My doctor has assured me there is nothing wrong with me, but I ask why I am so tired at 3pm everyday at work. Doctor: What do you...
Read more With a high back designer mesh, the Allure FlexBody makes an excellent substitute for the more expen..